Understanding calculation is a key to understand an indicator

One thing I believe or I am certain is when you try to use the indicator, you must understand why it exists. And you know it by looking at its calculation. You know, moving average is one of the most common tools that any platforms provide and you can instantly show it for free, however, traders tend not think well what it’s really for.

Same as any other indicators, like Bollinger Bands, RSI, Stochastic, MACD, or Ichimoku cloud. Oh, by the way, I am thinking to record a complete guide of Ichimoku cloud as a Japanese trader myself who studied it from the textbook by an original author, so stay tuned for that!

Anyways, in order to know what the indicator is really for, there are 5 steps you want to focus on if you wanna know what it really indicates. And I will explain about moving average by following those steps.

What you can know about Moving Average by its calculation

So let’s look at the calculation first. 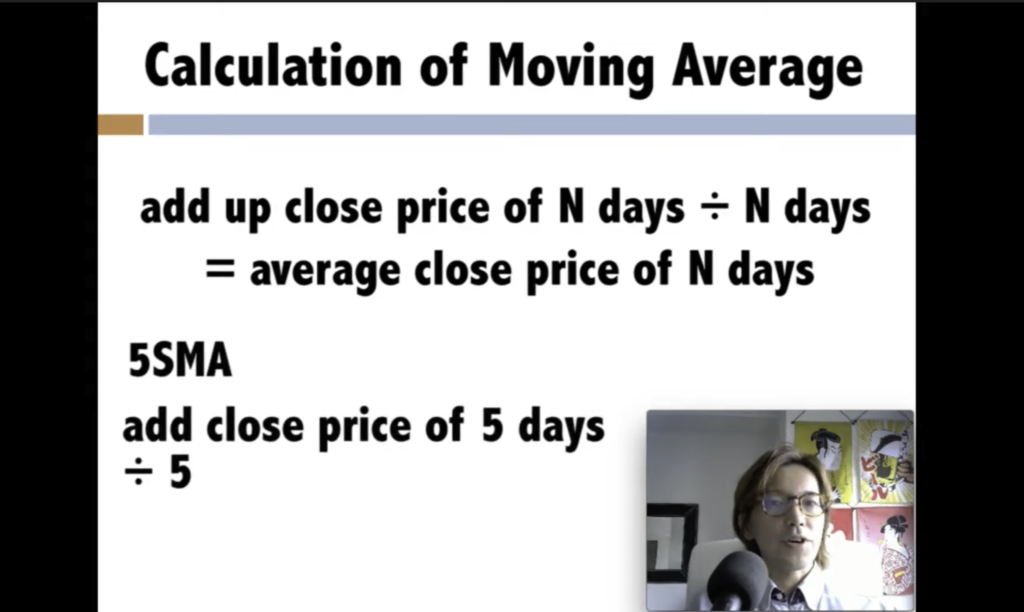 Ok, if you understand this, let’s move on to the next step, that is, what is the meaning of the calculation?

The meaning of the calculation 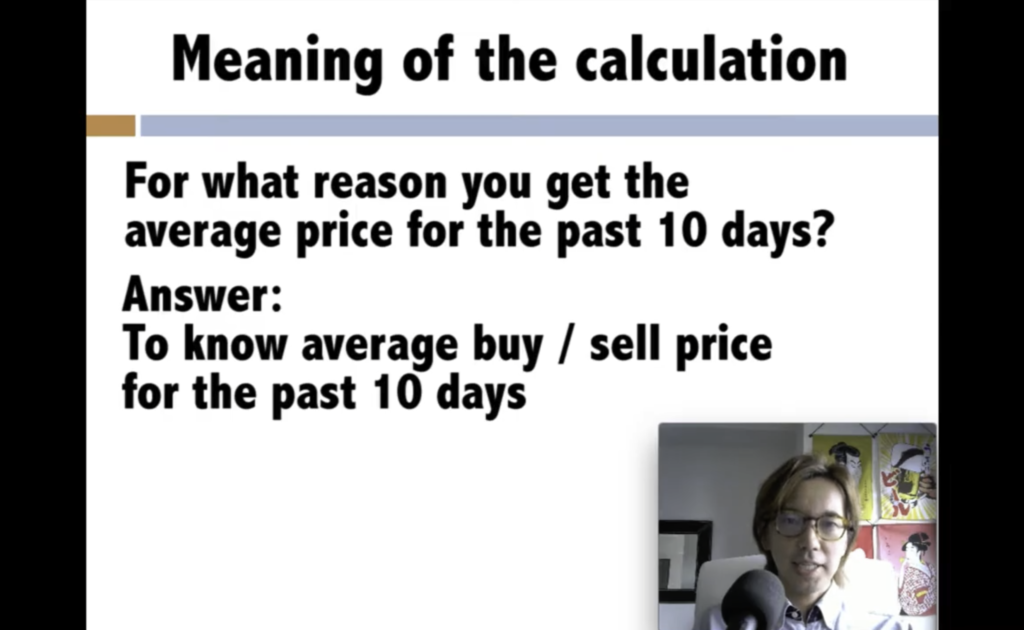 Now, you may wonder “ok, I got why it’s for but why it says “moving average?” what’s the meaning of Moving? In other indicators, there’s no such a word “Moving” right? but why this one is named Moving average?

What is “moving” in moving average? 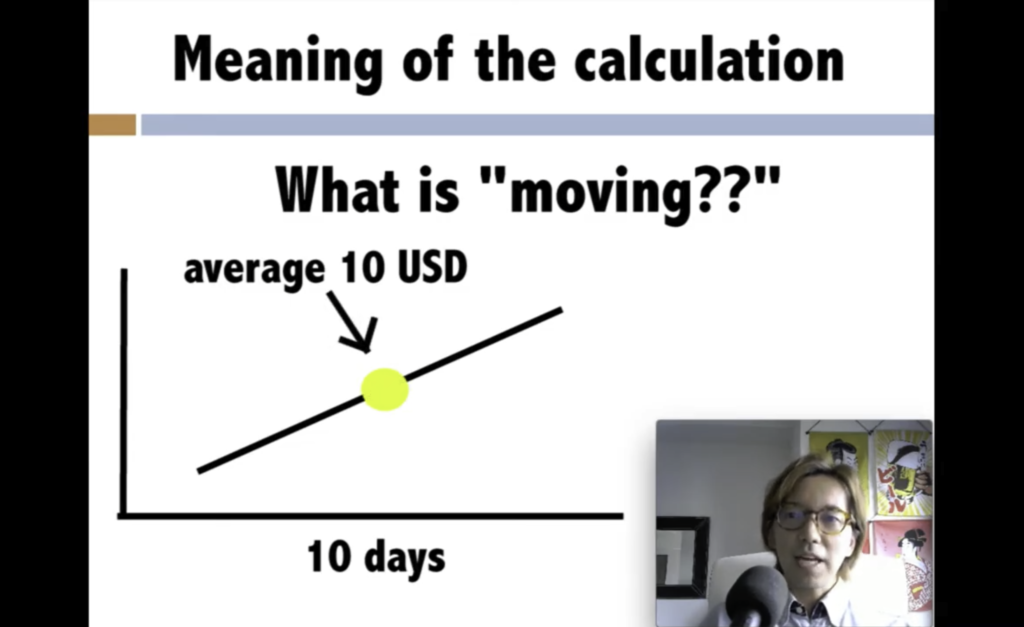 Why it’s moved to the most recent candle stick? 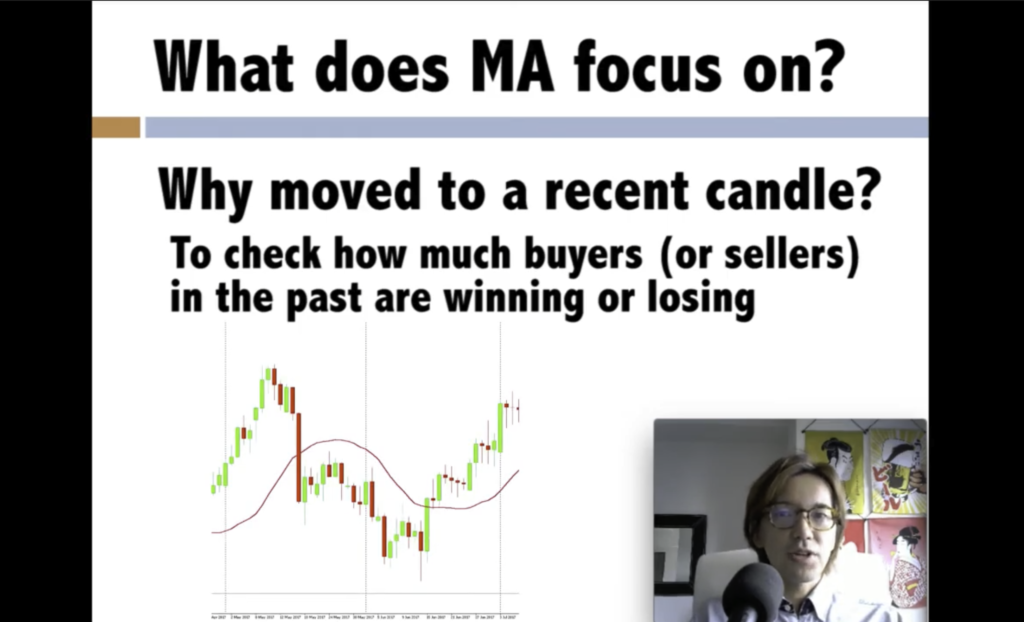 OK, time is up! The true meaning of the moving average is that this indicator is to check how much profit or loss the buyers or sellers have for the past certain time period and check if their profit or loss is extending or not. In other words, you can compare the profit or loss of buyers and sellers with today’s price. And to make it easier to compare them, it’s moved to the most recent candle stick.

And now, you are ready to know about the buy and sell signals with the moving average indicator, finally. You know, one thing I want to warn is that people just talk about gold cross for buy signal, dead cross for sell signal and on and on, and they only remember it without knowing why and eventually their focus becomes the signal’s reliability. So always try to see what the indicator is trying to tell you first of all, and see why it works, then you know why it doesn’t work in what case.

So let’s talk about signals now. Look at this chart. 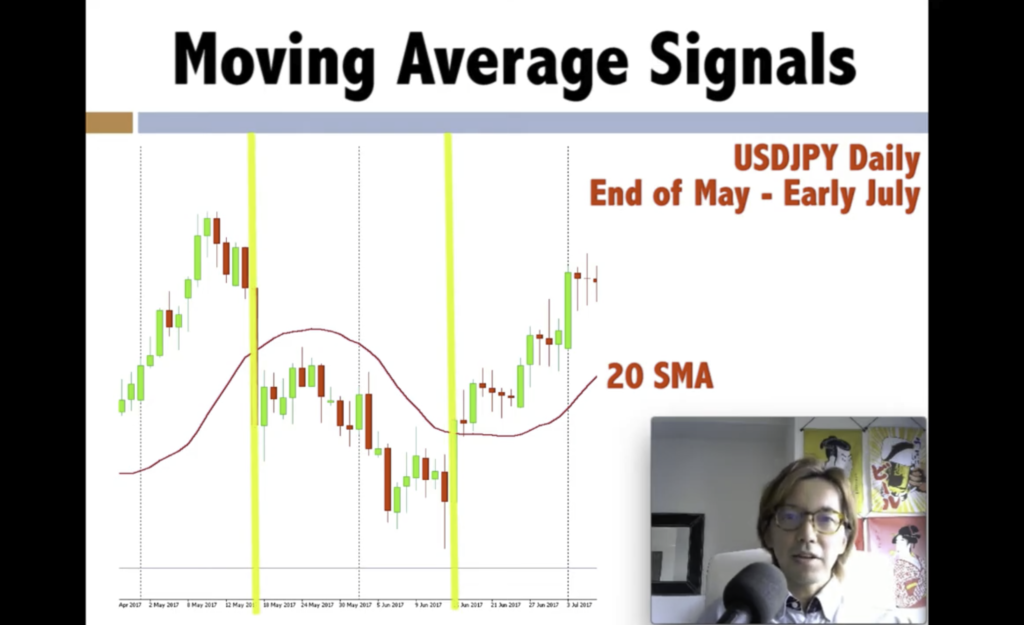 This is the actual Daily chart of USDJPY between the end of May and the early July, 2019. And this time, focus only on buyers. Here it shows 20 SMA, but if the price is above the 20 moving average, then the buyers for the past 20 days are making profit in average, right? Then look at the middle of the chart, the prices are below the moving average so you can immediately tell that the buyers for the past 20 days are getting loss in average. Then, on the right side, buyers started to make profits in average. So as you see, when it gold crosse or dead cross, that shift from winning to losing is happening. So the true meaning of dead cross is that all the buyers who were making profits for the past, they go into a world of getting loss. 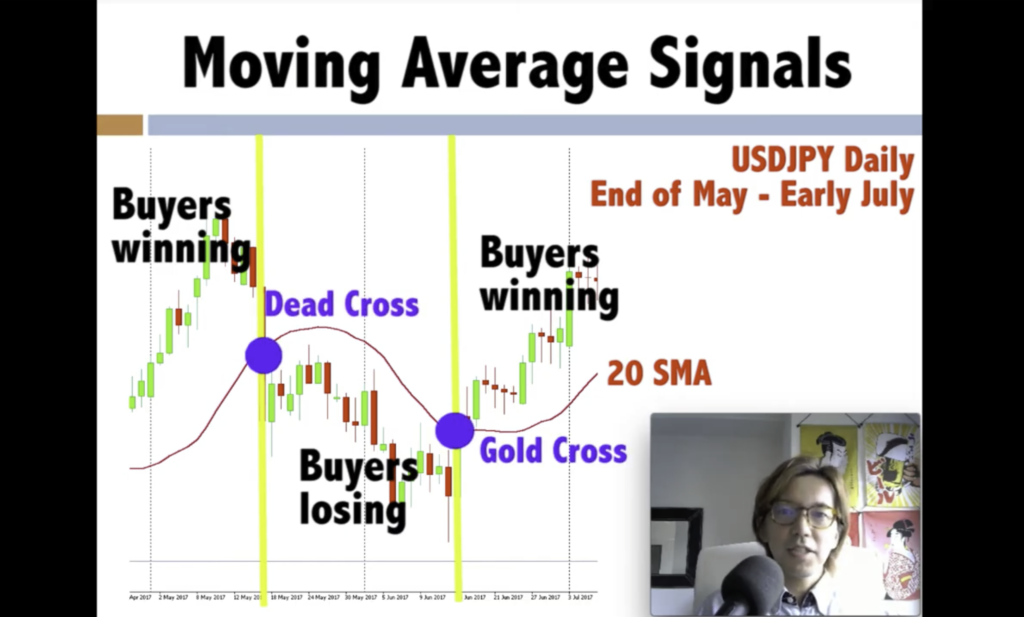 And what will the buyers do when they start to get loss in average? You know, after they start to get loss from this point, what do they think? If they are still on profit, they might think, oh look like the market is shrinking down so let’s just take some profit before I get loss, right? Or if he is already getting some loss, then he starts to think about cutting loss. And that’s why the dead cross called sell signal. So it actually shows the psychological shift of buyers and sellers and those signals reveal their emotional movement from profit and loss, and it actually reflects on the price action. 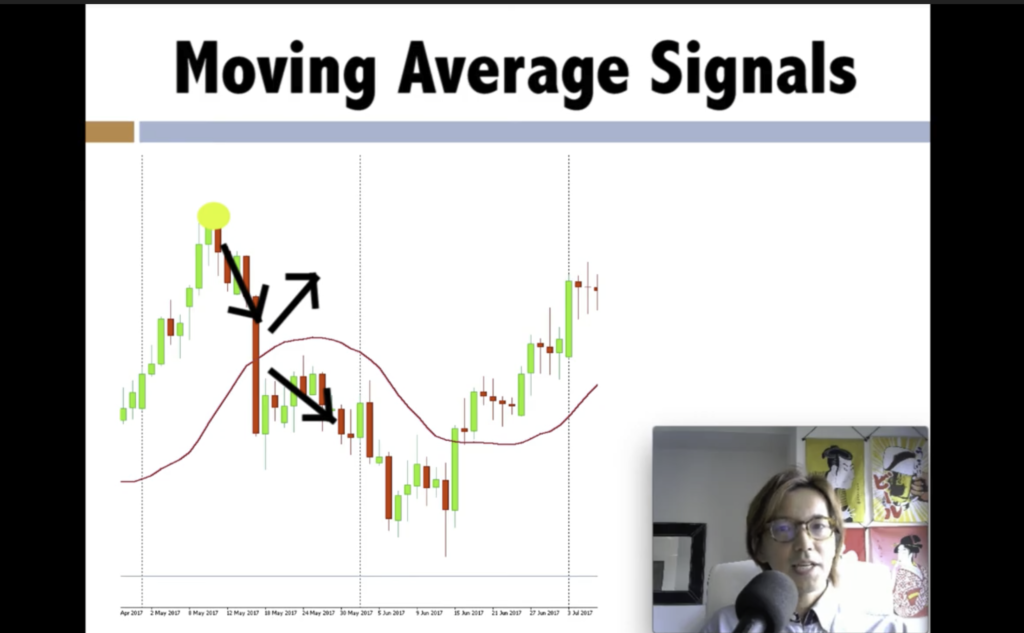 So that’s basically what you can tell from the moving average and that’s why the past average close price is shown at the current candle stick. As you might know, there are ways to use two or three or like 16 moving averages to identify the market but basically it’s all the same because when you think about it, candle sticks are like 1 moving average, well I don’t know if we can call it average, but the mechanism of dead cross and gold cross is basically the same no matter how many moving averages you use.

You know, calculations are sometimes painful, I know, but if you look into it, you will exactly know what the indicator is trying to show you, so that you can identify the chart with multiple viewpoint.